To New MacBook or not to New Macbook? That is the question.

I was talking to a friend recently and he told me about his experience trying out the new MacBook Pro that his friend just bought. I have been keeping an eye on Apple, and was intrigued by the news about the new Multi-Touch trackpad.

If you have been reading the blogs I post on Themebot, you probably noticed that I have been down on Apple. All my friends know this, and it is somewhat surprising because I grew up with Mac computers. You would think I'd be a loyal Mac user. However, I had some major usability issues with the Macbook I owned one year ago and decided to sell it. My biggest complaint about Apple laptops has always been the single mouse-button.

It looks like Apple may have finally solved the one mouse-button issue that has plagued all of the previous generation MacBooks, MacBook Pros and Powerbooks. The new Multi-Touch trackpad let's you assign a region for right-click. This would be a much better option than the carpal tunnel inducing two-finger right-click. And I could actually get some work done on the go without having to take an external mouse with me.

To sum up what my friend had to say about the New Macbook... "Very, very nice." With my interest perked, I started in on the MacBook research. After doing some bargain hunting, I found what is currently the lowest price on the new Macbook. Then I started reading up on the specs. Very impressive!

With the new MacBook, Apple has taken their laptops out of the over-priced status symbol realm and into the realm of excellent cost to quality value ratio. Apple makes arguably the best-looking laptops which also tend to have a very high build-quality. I used to do tech support professionally, and while Apple laptops were a pain in the arse to disassemble for repair, the attention to detail in the fit and finish was excellent.

After comparing the specs vs. price to other laptops, I have come to the conclusion that the New MacBook is a powerful machine with a very reasonable price. One of the things that interests me is the new NVIDIA integrated graphics card. I'm not much of a gamer, so I always go with integrated graphics cards in preference for longer battery life and less heat. If the NVIDIA GeForce 9400M can pump out more performance without decreasing battery-life, that is just great. The standard LED backlit display is good to see. And, I'm glad that Apple decide to go with the aluminum unibody for the regular MacBook. I don't need a MacBook Pro, and the old plastic case on the previous generation MacBooks was terrible, very prone to smudging and not all that attractive.

Can the New MacBook Run Ubuntu?

At this point, I am not interested in buying a computer if it can't run one of my favorite Linux distros. Currently, my favorite is Ubuntu. OSX is great for iMovie, iDVD and the like. But, I'm going to be spending most of my time in Linux. I've said it before and I'll say it again: Ubuntu is the most productive operating system I have ever used. I am in front of the computer working anywhere from 10-16 hours daily, so productivity is important to me. Ubuntu is very intuitive when it comes to layout, functionality and keyboard shortcuts. I feel liberated using Ubuntu. I guess that is why they call it "Free Software" ;P

There is a massive selection of high-quality free applications for Linux, and I can find just about everything I need in the Ubuntu repos. I already own Adobe CS3 Master Collection for Windows, which I need for some of the web design stuff I do, and I'm not interested in purchasing the Mac version or Parallels. That and Quicken are the only reasons I open Windows anymore, and I can run Windows XP inside Ubuntu for free, using VirtualBox. Ubuntu is simply the most stable, most powerful and most intuitive operating system I have used.

I posted a question to the Ubuntu forums about running Ubuntu on the New MacBook. From the discussion that followed, it appears that I could have everything working on my New MacBook with a few minor adjustments. Maybe I wouldn't have the full Multi-Touch trackpad gestures in Ubuntu, but I don't need the four-finger sweep stuff. I'll be heading to a local Apple store sometime soon with armed with my Ubuntu Intrepid 8.10 64-bit LiveCD to try things out and see if the new Multi-Touch trackpad is up to snuff. If I end up buying the new MacBook, I'll write a review and post a full compatibility report for Ubuntu. Stay tuned!

I have been looking at posts on the new MacBook and I liked what you guys had to say about it. My wife has convinced me to switch over from my Dell computers to the MacBook. I am a little hesitant, but after reading your post I feel a little more confident that it will be a great purchase. I do like the backlit display, that is cool. You mentioned the warranty, is that due to using the Macbook a lot, or because it has some problems? My colleagues at work do not have any Macbooks, only Dell, so I have had a hard time getting any real feedback. Hope you can help me out, thanks,

I own a Dell XPS M1330 also. Over the past 8 years I have primarily owned Dell laptops because they usually offer the best bang for the buck and latest technology (if you buy a Dell, get an XPS, Latitude or Precision of course).

The one major complaint I have about the MacBook is the non-standard keyboard. Now that Apple is touting the ability to also run Windows, they should offer an option for a standard keyboard. It is not a major issue and most people will probably adjust to the different keyboard layout with time.

In regards to the warranty, the Unibody MacBook is the most sturdy, well-built laptop I have ever seen. Apple generally uses high quality components, so I don't really see a need for upgrading the warranty. I definitely recommend the MacBook, but I'm not sure how well Windows runs on it since I don't use Windows much anymore.

Well... new MacBook it is! I have been spending some quality time with my new MacBook over the past several weeks. So far I am very pleased and will be writing a full review soon. Also I plan on writing a Linux compatibility report in the coming days.

I searched quite a bit for the best deal on the New MacBook with backlit keyboard and ended up getting a $100 discount, freebie printer, freebie Vmware Fusion virtualization software and free carrying case.

I have a MacBook Pro, but its a year old or so. I love it, but the new batteries on the new Macbooks are the bomb! If I won the lottery I would get me a new one right away.

That said, I love my Mac. It has been solid as a rock and so much fun! You will love yours too. I hope you got the Warranty. It will come in handy, trust me! ;) 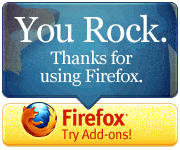 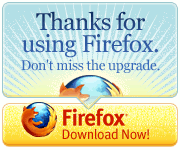 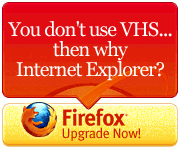 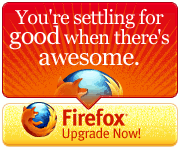